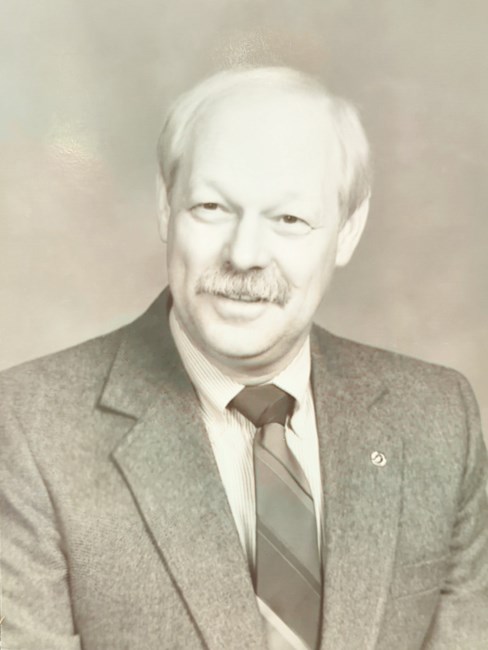 A Final Toast to Richard “Dick” Richards Richard James Richards (Dick) passed away peacefully in his sleep on Monday, November 14 at the age of 81. Dick was born on July 24, 1941 in Lorain, Ohio to Alice and Frederick Richards. Dick graduated from J. F. Kennedy College in Omaha, Nebraska in 1970 and proudly served his country as a Sergeant in the United States Army in Germany. He worked at Ford Motor Company as a quality assurance manager before operating a family business, Guerra Richards Insurance, with his wife, Diana Richards, and brother-in-law, Michael Guerra. Dick was actively involved in the community and loved by many. He served as a member of Kiwanis Club of Niles, where he was awarded one of the organizations highest accolades, the George F. Hixson award. He also served the Trumbull County Independent Insurance Agents and the Niles Chamber of Commerce. He was inducted into the Ohio Insurance Institute Hall of Fine and served on the advisory board for Leader National Insurance Company and Progressive Insurance. Of course, the children in the neighborhood will best remember him for his unorthodox soccer coaching techniques and his mischievous antics on Halloween. Dick’s hobbies included winemaking, restoring old cars, traveling, and polishing his DeTomaso Pantera. He volunteered as a Technical Inspector for CART (the governing body of the Indy Car series). He loved to tell stories about his days as an amateur race car driver where he filled his trophy cases with first place finishes in his 1965 289 AC Cobra. He retired to The Villages in 2013 and finally learned to golf. He was actively involved with the Leisure Time Corvette Club and the Lake Deaton United Methodist Church. He loved his church and served as a greeter. Dick is survived by his wife, Diana; his son, Bryan and wife Shannan; his grandson, Deacon; and his brothers, Timothy and wife Joan, and Frederick. Family and friends are invited to raise a final glass to Dick at Dick's Celebration of Life on Friday, November 18, at 11am at Lake Deaton United Methodist Church, 6500 Wesleyan Way, Wildwood, FL. Lunch to follow also at the church. In lieu of sending flowers, the family asks for contributions to Lake Deaton United Methodist Church in Dick’s name.
See more See Less