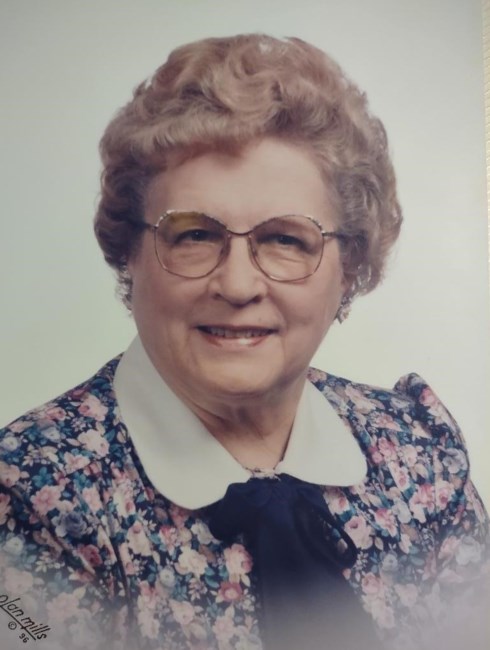 Phyllis Matthews Snavely 98, Lakeland, Florida passed away August 5, 2022 at Good Shepherd Hospice. Born in Curland, Michigan and graduated from Corunna High School ’42. She attended Asbury College in Wilmore, KY where she met her future husband, pre-ministerial student, Frank I Snavely, who had just returned from WWII, and the couple became engaged. Frank returned to his home area of Pittsburgh, PA to finish his education at Pittsburgh University, and Phyllis returned to Owosso/Corunna to teach on an emergency teaching certificate and taught in a one room school house. They were married in her home church in Corunna, June 9, 1948. Their first charge was at an inner-city mission church in Chicago, IL while Frank continued his studies at Garret Theological seminary. Upon completion they accepted a pastorate with the Western PA United Methodist Conference in Bethel Park, Johnstown, Swissvale, Beaver, and finally retired from Aliquippa Methodist Church. Phyllis took coursework at every residence and finally completed her undergraduate work and obtained her Master’s degree from PITT. Phyllis was a master musician and taught piano, sang and directed many choirs, and taught elementary school. While in the Beaver area she mostly taught in Brighton Township and then at College Avenue Middle Schools. After retirement and commuting half the year between PA. and FL. for 8 years, the Snavely’s moved permanently to Lakeland in 1994 and ultimately resided at Carpenter’s Estates in Lakeland since 2006. Frank passed away in April 7, 2008. Phyllis is survived by daughter, Kathlene and her husband, David Cooper, of Lakeland and three grandchildren, two step- grandchildren, and 2 great- great grandchildren. Also survived by daughter Judith McDonald of Naples, FL. , 2 grand children, 4 great-grand children, and two great- great grandchildren. Services for Phyllis’ Celebration of Life will be held on Thursday, September 29th, 2 pm, at Carpenter’s Estates multi-purpose room where Phyllis played piano and organ for many events and church services over the span of 13 years. Another service will be held at the College Avenue Methodist Church in Beaver, PA on October 2, at 3 pm. A brief time of fellowship will conclude each service.
See more See Less

In Memory Of Phyllis M. Snavely