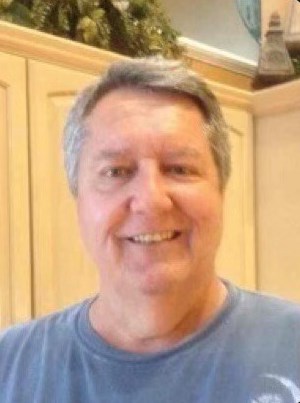 In Loving Memory of Mark William Collins of Winter Springs, FL, passed away on Thursday May 5, 2022 at the age of 70, after a courageous seven year battle with cancer. Mark was born on July 1, 1951 to Arthur and Louise (Doyle) Collins. He grew up in Andover, MA. After graduating from Andover High School, he attended Norwich University before transferring to the University of Massachusetts where he received his Bachelor’s Degree in Marketing. Mark’s entire career was spent in the petroleum software industry. After 10 years working in New Jersey, he spent the next 30 years in Florida, the majority with Advanced Digital Data Systems, as VP of Operations where he ran the Orlando location. He was instrumental in developing a software package that was used for the petroleum, propane, and convenience store industries. Mark loved golfing, raising orchids, cooking, fishing, country music, shooting, Nantucket, and his cats and dogs. His love of orchids started while in college and he leaves us with over 100 gorgeous specimens. He was a creative cook and always added a special ingredient to spice things up. His Thanksgiving dinners were the family favorite...especially the creamed onions passed on from his mom. While he adored his Irish Terriers Lilly and Duffy, he was definitely a cat dad. Whenever he was watching tv, there was always a cat or four by his side or on his lap. Nantucket was where he spent many of the happiest times of his life. His family will celebrate him in September at his favorite fishing spot and hopefully catch a blue in his honor. Mark is survived by his wife of 39 years, Debi, daughter, Brenna, son, Evan; mother, Louise Collins; brother, Chris Collins (Lisamarie); sister, Debby Richards (Martyn), brother, Sean; as well as several nieces, nephews and cousins. He was predeceased by his father, Arthur A. Collins and sister Gail Collins. A Celebration of Life will be hosted on what would have been his 71st birthday, July 1, 2022, at the National Cremation and Burial Society, 7565 Red Bug Lake Road, Oviedo, FL 32765 from 1-5 with a prayer service at 2pm. In lieu of flowers, donations in his memory may be made to the American Cancer Society and Trees for a Change. Fond memories and expressions of sympathy may be shared at www.nationalcremation.com/location/oviedo for the Collins family.
See more See Less

In Memory Of Mark William Collins