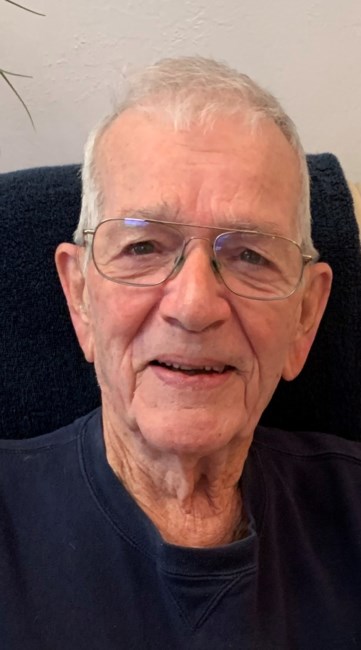 Gerald Arthur Higgins “Jerry” May 29, 1931 – January 14, 2022 Gerald Arthur Higgins, “Jerry”, 90, of North Fort Myers, Florida passed away on Friday, January 14, 2022. Jerry’s last days were filled with the love of family and prayers as he prepared for his passing. Jerry was born in Pontiac, Michigan to Amarita Agnes Murray and James Edmund Higgins, the youngest of his brothers, James, Thomas, and Joseph, all now deceased. Jerry graduated from St. Francis de Sales High School in 1949, honored to serve as Class Valedictorian. Graduating from the University of Detroit with Cum Laude honors in 1954 with a Bachelor of Science degree in Accounting and Economics, Jerry was the recipient of the Bernstein and Bernstein Scholarship for Academic Achievement. Subsequently in 1966, Jerry successfully completed Graduate Management Studies with the University of Michigan. Jerry was the loving husband of Jean Margaret Higgins (Soper). Married in 1952 at Epiphany Catholic Church in Detroit, Michigan, Jerry and Jean started their family, eventually settling in Southfield, Michigan to raise their Irish Catholic family of four boys and four girls. Jerry, Jean, and family would eventually move to Charleston, West Virginia and then to Cincinnati, Ohio, with retirement in North Fort Myers, Florida. However, their love for Detroit and their Michigan roots remained strong. Starting out with what would become a highly successful business career, Jerry began as a bagger/carryout boy at sixteen years old at a local Kroger store in his parents’ neighborhood. Through multiple promotions with the Kroger Company over thirty-six years, including Director of Retail Operations for the Michigan Market, Jerry’s final promotion was to Executive Director of Store Operation Services in Cincinnati, Ohio, the national headquarters for the Kroger Company. Jerry was known by all to have a great sense of humor and very proud of his Irish heritage. To Jerry, St. Patrick’s Day was a national holiday. A proud member of the Knights of Columbus, Jerry was a devout Roman Catholic. He enjoyed golfing, and vacations in Caseville, Michigan. However, his most enjoyable pastime was watching Michigan Wolverines football with his family, letting the neighbors know loud and clear: “Hail to the Victors and Let’s Go Blue”. Jerry is survived by his beloved wife, Jean Margaret, and their children: Daniel (Meredith Nickol), Timothy (Scott Davis), Sharon Curtis (Larry), Susan Wood (Barry), Gerald, Janie Curry (the late Ron Sr.), Joseph (Julia), and Mary; fifteen grandchildren; fourteen great-grandchildren; and a large, loving extended family. A Funeral Mass will take place at St. Therese Catholic Church in North Fort Myers, Florida on Thursday, February 24th at 11:00 AM with Father Tom Heck as Celebrant. Interment will take place at a later date at Holy Sepulcher Cemetery in Southfield, Michigan. Memorial donations may be made to Capuchin Ministries, 1740 Mt. Elliot Street, Detroit, MI, 48207, www.thecapuchins.org. Irish Blessing May the road rise up to meet you. May the wind be always at your back. May the sun shine warm upon your face, and the rains fall soft upon your fields, and until we meet again, May God hold you in the palm of His hand. "Hail! to the victors valiant Hail! to the conqu’ring heroes Hail! Hail! to Michigan, The leaders and best! Hail! to the victors valiant Hail! to the conqu’ring heroes Hail! Hail! to Michigan, The champions of the West!" Fond memories and expressions of sympathy may be shared at www.nationalcremation.com for the Higgins family.
See more See Less

In Memory Of Gerald Arthur Higgins