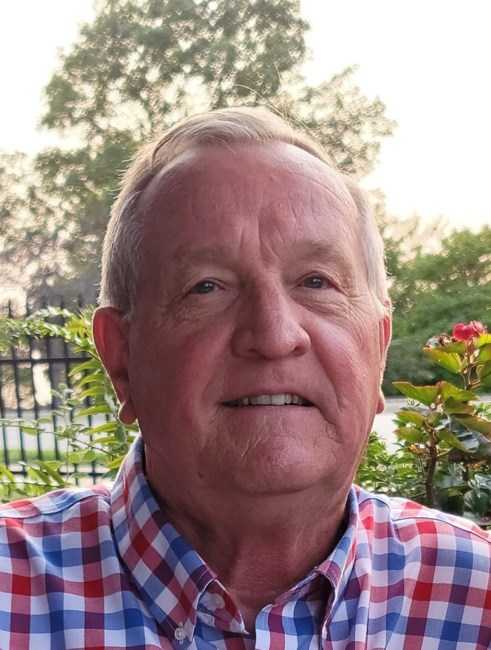 John Ray Musch of Rockton, IL, passed away peacefully in his home August 23, 2022, with his beloved wife, Sandy, and stepchildren, Michelle and Nick Grimm by his side. A visitation will be held Saturday, September 3, 2022 from 10:00 a.m. until time of service 12:00 noon at Cross and Crown Lutheran Church, 7404 Elevator Rd, Roscoe, IL 61073. Per John’s wishes, cremation has been accorded. John was born December 25, 1944, in Grand Rapids, MI, son of Irene, nee Smits and John “Doc” Musch, Jr., who preceded him in death. He grew up in Grand Rapids, MI, and attended Sylvan Christian School (grades K-9) and Grand Rapids High School, graduating in 1962. Following graduation John attended Western Michigan University, graduating in 1966. In 1967 John began his teaching career at Gregory School in Mt. Prospect, IL teaching 6th grade. In 1971 he began teaching at Stiles Elementary in Rockford, IL. John’s final move was in 1974 when he moved to Cherry Valley Elementary, in Cherry Valley, IL. John remained at Cherry Valley where he taught 5th and 6th grades until after 34 ½ years he retired in 2001. In 1976 during his teaching career, John received his Masters Degree +40 hours from Northern Illinois University in DeKalb, IL. He was honored with the Golden Apple Award and Who’s Who Among America’s Teachers. John loved teaching his students and seeing them grow and experience new educational opportunities. Beginning in 2003 John worked at Macktown Golf Course as a Club House Manager and Starter. He enjoyed all the people he worked with and the golfers he met during this time. John retired from the golf course in 2017 and he and Sandy were blessed to spend winters in their condo in Punta Gorda, FL, where they made many new friends but in particular Bob, Paula and “grand puppy” Winston, and Vic and Helen. Many enjoyable days were spent together where fond memories were made. In addition, Illinois friends Jim and Sandy had their condo in Venice and we spent many fun times together playing different card games. John enjoyed golfing with his “Golfing Buddies” (Bob, Fred, Wayne and David) for many years. In addition, he enjoyed his “Men’s Poker Club” (Mike, Tom, etc.) and his “Bowling League”. He also was a member of the Elks, Eagles, Moose, and Sigma Alpha Epsilon Fraternity. “Grass Mowing” at his church with his good buddy Chuck, produced much laughter as they dressed up with a different theme each time they mowed. If someone needed help (whether he knew them or not) John was always at the ready! John’s greatest joy and gift in life were his step-grandchildren: Brent (Kelsey) Grimm, Kyle Grimm, Andrew Bland and Alex Bland. The many sleepovers at Grandpa and Grandma’s produced many baseball games, movies, miniature golf, setting up cardboard boxes to play trucks, cars, and gas stations, etc. and so much more. Each time, he wore them out with all the activities he planned. His oldest grandson, Brent, who was 8 at the time, stated shortly after they were married, “Now I have 3 grandpas”. He spoiled the boys with many treats, especially Kyle and “mentos”. He was always telling Kyle to “pace himself” as he continued to supply him with more and more of them. John enjoyed going to Andrew and Alex’s baseball games in their younger years. Oh how he loved all of his wonderful grandchildren! John is survived by his beloved wife, Sandy; step-children, Michelle and Nick Grimm and Brad and Courtney Bland; and step-grandchildren: Brent (Kelsey) Grimm, Kyle Grimm, Andrew Bland and Alex Bland. He is also survived by his daughter, Joy, and son, John II. “John was an honorable man”, as lovingly shared by special friends, Ronnie and Jim. In lieu of flowers donations can be made to: Kathy’s House: https://kathys-house.org (which is right across the street from Froedtert Hospital in Milwaukee, WI, where Sandy was able to stay for 3 ½ weeks while John was in the Cancer Center.) OSF Cancer Center, 5666 E State St, Rockford, IL 61107 Cross and Crown Lutheran Church, 7404 Elevator Rd, Roscoe, IL 61073
See more See Less

In Memory Of John R Musch