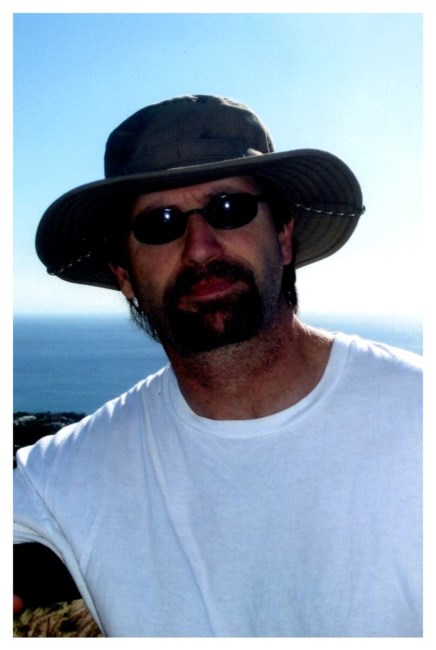 Jeffrey Alan Jackson On Sunday November 20, 2022, Jeffrey Alan “Jeffe” Jackson of Milton, FL left this world. A devoted husband, loving father, and adoring grandfather he is survived by his wife Marjorie, his daughter and son-in-law Jennifer and Tor Eystad, his two grandsons Erik and Ivan, as well as his brother David and sisters Debbie, Mimi, and Patti, his precious nieces Michelle, Kristen, Terri, Trisha, Lauren, Nicole, and Shayla, brothers-in-law Mike, and Dave, sisters-in-law Chris and Jan, and father-in-law Omar. A fiercely loyal friend, Jeffrey also left behind many friends. Jeff was born December 14th, 1960 in Erie, Pa to his mother Patricia Weakland Jackson. At the age of 19 he joined the United States Navy on October 30th, 1979 where he served in the Atlantic and Pacific theaters as a Helicopter Utility Aircrewman and as a Mine Countermeasure Helicopter Aircrewman. He was honorably discharged from the Navy in 1989 after 10 years of dedicated service. During his time in the Navy, he met his loving wife Marjorie while on a plane back to A School in Memphis, TN in 1981 and were soon married in Corpus Christi, TX. Once he stepped foot in Milton, FL, he knew this would be their home, Marjorie could not change his mind otherwise. He immediately loved that the people were nice, the beaches beautiful, and the beer was cold. This is where they would raise their daughter, Jennifer. Jennifer, his devoted daughter, shared a love of reading from Tolkien, and Anne Rice to Jane M. Auel to Diana Gabaldon. He taught her to recognize every 80’s and 90’s song lyrics. He taught her very early on to think freely and openly. Jeff and Jennifer connected philosophically, kindly, and silently, and one hug from her dad could make everything better. Their last trip home together they enjoyed listening to music, and she is the only navigator that he would listen to and follow steadily and safely home. Jeff cherished his ride up in Erie, PA with his brothers John and David. He spent many days riding with his friends Kelly and Kenny, and was looking forward to getting a new motorcycle so he could go on more rides with them and his son-in-law, Tor. He always reminded his wife, and friends Kelly, Sheila, and her beloved husband Ed that “What happens in New Orleans, stays in New Orleans.” He absolutely loved going on many adventures with his grandsons, Erik and Ivan. They went kayaking, ziplining, boating, and hiking. He loved it when Erik found the ‘Shoots and Ladders’ trail on Grandfather Mountain, even if we all couldn’t make it to the top. He passed on that love of adventure to both of them, and was so proud when they would try something new. Jeff adored his nieces and was so very proud of the lives they have created for themselves and the young women they have become. He cherished the memories of the days he spent with his sisters while the girls played Cinderella in Grandma Jackson’s basement. He also really enjoyed sharing his love of beer with Lauren and having long conversations with his youngest niece Shayla. He was very passionate about many topics and enjoyed debating everything from music to football. He carried this passion and devotion throughout his life. Jeff had a fierce love of music, that he passed on to his daughter and nieces, and shared with everyone. If he asked you what you wanted to listen to, he would “kindly“ direct you to the right song. A devoted and loyal Cleveland Browns fan since the age of 8 years old, he did not hesitate to let anyone know that if it wasn’t for Paul Brown there would be no NFL Football. He always had a loyal and steadfast ability to do what was right no matter how difficult the struggle from being a Browns fan to being an active IAM union member. To his union and non-union brothers, take the time no matter how long or difficult to do what’s best for everyone. Don’t sign the contract or create a contract just to say you “did your job.” Upper management, make it work for these brothers, keep them safe up in the air and in the hangar. He will be remembered as everyone’s beloved brother and friend. Jeff’s service will be held at 1:00pm on December 3rd 2022 at the National Cremation and Burial Society in Milton, FL. Please feel free to wear your favorite football shirt, band shirt, or union shirt. We would love for all his friends to come and join our family around 3:00 pm at their home for refreshments, reminiscing, and to lift a glass to Jeff and the wonderful life he led. (Bring your favorite beer to the house) In lieu of flowers you can make a donation to Mission 22 in Jeff’s name. They are a national organization that supports active-duty service members, veterans, and their families. Donations can be made at this link: https://mission22.com/give/ Fond memories and expressions of sympathy may be shared at www.nationalcremation.com for the Jackson family.
See more See Less

In Memory Of Jeffrey Alan Jackson