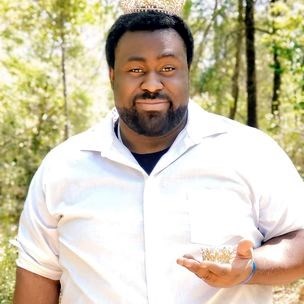 Almon Humber IV Almon Humber IV age 30, known by friends and family as “Almondjoy” passed away Monday November 21st, 2022 in Milton FL with his wife by his side. Almon was a loving husband, father, son, and friend to anyone lucky enough to have met him. He enjoyed spending time with his wife, Catherine Nicole Humber, and three daughters: Kadee Faye Pettigrew, Jayden Alexis Nash, and Tahani Rhey Humber. He loved everything Marvel both on and off screen. He shared this love with his son Koda Izaya Humber who lives out of state. Almon never met a stranger, and his smile and personality would easily bring a smile to anyone within the room with him. There was no task too big or small for him to help a friend or family in need. Almon is survived by his wife, three daughters, and son. He is also survived by his father Retired Petty Officer, Brent T. Humber and mother Minister, Sandra Humber. He is also survived by his older sister Naomi Humber, nephew Charlie Humber and niece Cindy Humber. He also had numerous aunts, uncles, and cousins. Almon was lucky enough to have multiple families that called him son and brother. He was preceded in death by his paternal and maternal grandparents. Funeral services will be held on Wednesday, November 30th, 2022 at National Cremation and Burial Society in Milton FL. Viewing will be from 10AM-11AM for the family. Friends viewing will follow from 11AM-1PM. Services will follow at 1PM. Almon will be cremated after the service. Fond memories and expressions of sympathy may be shared at www.nationalcremation.com for the Humber family.
See more See Less

In Memory Of Almon Humber IV