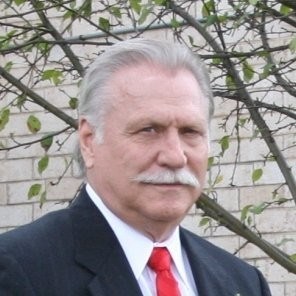 Robert Dennison Fowler, 72, of New Port Richey, FL, passed away Thursday, May 6, 2021 after a bout with cancer. Bob was born September 27, 1948, in Plainfield, NJ to the late Albert (Al) and Margaret (Peg) Fowler. He was the oldest of four children. They were raised Catholic (faith was important) and attended school in the Northeast. He went on to attend Northeastern University, receiving a bachelor’s degree in Mechanical Engineering (78’). Bob accepted a job as an engineer specializing in antenna design and satellite communications at RF Systems and Harris Corporation in Melbourne, FL. He then moved to Central Florida in the mid 1980’s to work for his father’s Microwave Marketing company. He continued for the remainder of his career to work in the electronic component sales field and eventually retired as a Senior Sales Consultant. Being on the road for a good portion of his career he decided to settle down with his wife Roni in the New Port Richey area for his retirement and has lived there ever since. Throughout his life Bob befriended many and was so well liked he had no adversaries nor would you ever hear someone speak an ill-word about him. He was a kind son, brother, grandfather, and great-grandfather. He taught his siblings much; what to do and what not to do (sometimes by doing) but his faith in family was rarely questioned. He always attempted to attend a family wedding, baby shower, or holiday gathering, reach out or visit a sick friend or family member in need, show up at the family reunion, lend a helping hand to his family with a project or just pick up the phone to talk. He loved going to the beach with his family and rolling around on the floor with the family pet. In addition to his family, Bob enjoyed sports the most in life. Whether it be cheering on his children at their games or yelling at the referee on television he watched and rooted for his teams (Pats/Celtics/Bruins) with a passion unlike most. He played Rugby well into his 50’s and wore his Mystic River Rugby club gear with pride. Bob had quite the strong kicking leg and was a bruising Back on the field for his size. He loved football, basketball, golf, and hockey as well. He also loved the social game and spent numerous happy hours after his rugby games and into retirement throwing back a beer at the local pub or Tiki Hut and chowing down on some shrimp scampi over at the VFW (Sons of AmVets). Bob you are forgiven and will be missed and remembered for that often-goofy grin and serious smile. The lord is with you, God bless you, Bob. Robert D Fowler is survived by his wife: Roni, uncle Norris and aunt Mary Harding; three siblings: Harry, Laurel and Al/Doug (Deb); sister-in-law: Julia; children: Kim (Arturo) Gonzalez, Seth (Amy), Chad; grandchildren: AJ, Brandon, Kaitlyn, Ethan and Chad Jr; great grandchildren: Jaxon; nephews (Gabe and Bobby) and many cousins. In lieu of flowers, the family requests donations to cancer research or our veterans: https://donate3.cancer.org/ or https://support.woundedwarriorproject.org/ . A special thanks to the nursing staff and Palliative and Hospice Care group at Bayonet Regional Medical Center in Hudson, FL for helping take care of Bob in his final days. “Cancer can take away all of my physical abilities. It cannot touch my mind, it cannot touch my heart, and it cannot touch my soul. And those three things are going to carry on forever.” Coach Jimmy V.
See more See Less

Send flowers or a gift to a service or family's home.

In Memory Of Robert Dennison FOWLER