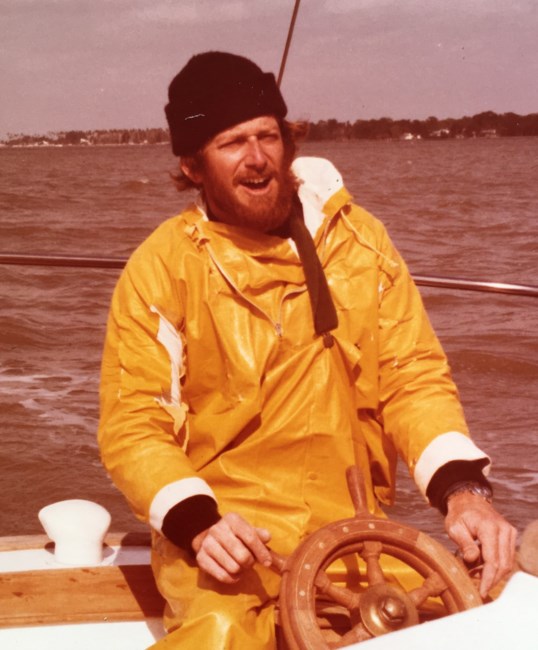 John McAuley Ware was born in Hollow Rock, Tennessee, on May 22, 1943. As a young teen, his family moved to the Brookmont neighborhood near Bethesda, Maryland, where he developed many lifelong friendships. After high school graduation, he spent several years working for the Army Map Service near Washington, DC. Later, after training as a field service engineer, he serviced and repaired computer equipment and electromechanical systems for Recognition Equipment Company (REI). Highly in demand, John was sent where he was needed. He and his wife, Regina, were first relocated to Dallas, Texas, then to Venice, California, and eventually to just outside of Denver, Colorado. John loved Colorado, where he spent many happy years enjoying the mountains. They were transferred a final time to the Tampa, Florida area in 1976. The following year they moved to 303 Palm Bluff in Clearwater, where he had ready access to the ocean. He and Regina parted ways in 1979, and a week after the divorce was finalized, he adopted his beloved Molly (a small black dog) from the Clearwater SPCA. Over the years, he also purchased and rented out several properties, including the two directly east on Palm Bluff. An avid sailor, John (known by many as “Captain John”) owned several vessels throughout his life, but his most prized was probably his Cape Dory sloop, on which he sailed to Mexico (twice), the Dry Tortugas, and other far-flung destinations. Sometimes he sailed alone, and sometimes with good friends. As a musician, John could play several instruments, including the guitar and mandolin, but was especially proficient with the banjo and the fiddle. He regularly played with small and informal music groups but also occasionally played with more organized groups, such as the Bay Area Fiddle Association. He especially loved the genre called Old Time music and enjoyed impromptu jam sessions on his front porch overlooking the Intracoastal Waterway. In 1999 he met Geneva, whom he married on April 10, 2001. The very next day, they began a 6-month cross-country adventure in a Rialta RV. They first traveled west on the southern part of the US, exploring Texas, Arizona, and the Grand Canyon, and then traveled north through California and Washington. The next year they purchased their river house in Dunnellon, where they enjoyed watching alligators from their pontoon boat. Around 2015, he was diagnosed with Parkinson’s Disease. With medication and care, he was able to live happily for many more years. He passed on May 23, 2022, the morning after his 79th birthday. John enjoyed traveling, telling stories, and playing music with friends. He enjoyed making people laugh and was a master of pranks. (You may recall his set of coffee mugs with fake roaches in the inside.) He taught his wife how to play guitar, his Godson how to sail, his Goddaughter how to juggle, and many others how to play music. He will be remembered as an adventurer, a jokester, a musician, a sailor, and a caring and kind husband, Godfather, friend, and neighbor. He is preceded in death by his father, Winlow Ware, and mother, Ann Ware, and is survived by his wife, Geneva Ware. A celebration of life will be held on Friday, June 3, 2022, at 3pm-5pm, at the National Cremation Society, located 4945 E. Bay Dr., Clearwater, FL. In lieu of flowers and gifts, please consider donating to the Suncoast Hospice Foundation. https://suncoasthospicefoundation.org/donations/ Fond memories and expressions of sympathy may be shared at www.nationalcremation.com/location/clearwater for the Ware family.
See more See Less

In Memory Of John McAuley Ware