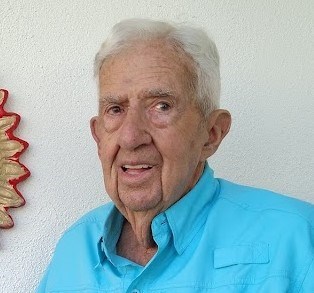 John A. Butler Sr. (Jack), passed away peacefully on May 25, 2022 at Suncoast Hospice, Pinellas Park, FL. He was born on November 20, 1932 in Grand Rapids, MI, to Oliver and Louise {Fuselier) Butler, who predeceased him. Jack was a long-time resident of the Mainlands in Pinellas Park. He enjoyed taking his dogs to the dog-park, meeting the guys for coffee, and going out to dinner with friends. In his younger days, he loved riding his motorcycles, taking care of his horses, and building his "Farm". He loved his family, friends and pets. He was a graduate of Davenport College of Business. He worked as General Manager and V.P. of West Side Beer, and later owned the Rockford Hotel and several other small businesses. Jack leaves behind his wife of almost 56 years, Charlene (Hill), daughters Cindy (Richard) VanLuyn, Randi (Joe) Ellis and son, John Butler Jr. He also leaves behind 8 grandchildren and 5 great-grandchildren. He was preceded in death by sons, Eric and Stewart Johnson. Also, brothers Oliver (Loris), William (Marge), Robert (Dorothy), Richard (Gina ), Edward (Jean) and Thomas (Carol). Per his wishes, cremation has taken place. Donations may be made to Pinellas County Animal Services or Suncoast Hospice Care Center Mid-Pinellas.
See more See Less

In Memory Of John Arthur Butler